STARTING WITH FULL VERVE INTO THE NEW YEAR, KAMMEL WILL BE PRESENT AT A GREAT NUMBER OF TRADE FAIRS ALL OVER AUSTRIA.

The new year starts out with a couple of important dates already: Mid january, Kammel will be participating at the already traditional „Häuslbauermesse” (home builder’s trade fair) in Graz, Styria – as always, where the themes revolve around building, renovating and revitalising, Kammel’ presence must not be missed!

By the end of january, Baumesse Oberwart is where Kammel will be advising home builder’s in and around Austria’s Burgenland area .

Shortly thereafter – in mid february – it’s time again for Austria’s biggest building trade fair: „Bauen und Energie” (Building and Energy) in Vienna will host more than 500 national and international exhibitors, of which Kammel is of course part once more, presenting its comprehensive know-how around building and renovating .

Exhibition Dates at a glance:

MABA and transformer substations – a long history to which another chapter is being added: Right up until 100 years ago,  MABA's office building was really a giant transformer station . In 1924, MABA was basically established in order to…
More 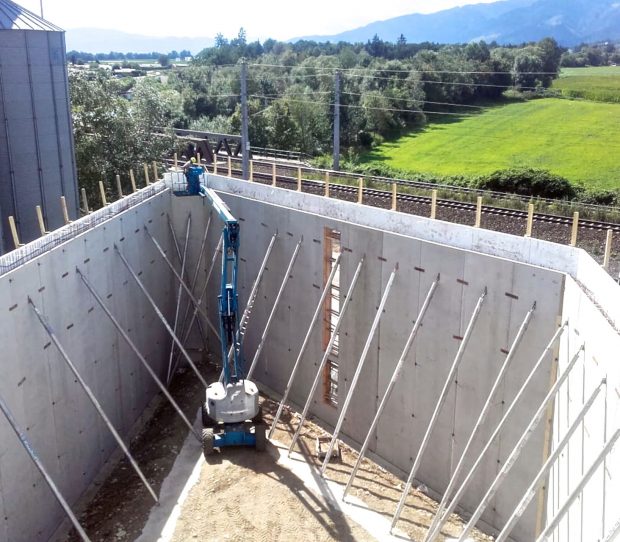 Next to the giant grain silos at „Uitz-Mühle“ in Apfelberg (Upper Styria), the newly erected warehouse facility looks almost small in comparison. But with double walls 10 metres high, the project was sizeable enough for a Styrian cooperation.
More
Document collection
In addition to the direct download, you can also use the advanced features in the user area.
Download
Login
Forgot password?
Registration
You must be a customer to use this content
Login
Register
Reset password
Set here a new password for your user.
Close
Change password
Change the password for your user account.